First time aboard a Greyhound…470 miles, 9 hours of fun and all for the bargain price of $35. Having lived to tell the tale, let’s just say I now understand why it is such a bargain! It would probably be possible to write a whole blog entry about the things you learn and people you meet when you’re travelling on a bus, but I’ll maybe save that for another day. It actually wasn’t that bad I guess…quite the experience, character building you could say. We were delayed at one of the service stations in Mobile, Alabama because the second bus driver never showed up so I was about 2 hours late in getting to Forsyth Street Bus Station…there goes the second part of the run…pretty dark and in a new city, probably best to save it until tomorrow. A quick taxi to the Ramada hotel 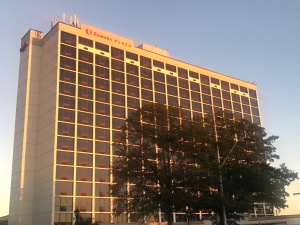 which actually happened to be the cheapest accommodation I could find close to downtown, a definite shortage of hostels in Atlanta.

I actually don’t have a huge amount to say about Atlanta. I know this is very hard to believe! For once I’ll try to keep it short and sweet. If I’m being totally honest, I didn’t love it. I hate saying that as I should just be so grateful to be lucky enough to be in a new place. I mean I didn’t hate it either, but it felt like everything was pretty spread out, there wasn’t all that much to see and I probably didn’t feel just as safe and comfortable walking around as I have done in the other places up to now.

What it did make for though, was a great week of training in the sunshine.

the neighbourhood where King grew up. Steeped in history, it really is actually quite hard to believe exactly what happened here in the South and in the grand scheme of things, not at all that long ago. 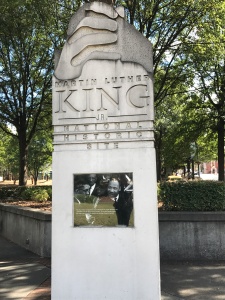 Unfortunately due to a lot of renovation work, the Visitors Centre and area where Dr Kings tomb is were closed to the public but I did manage to take an interesting tour of his birth home and also the church where he preached, Ebenezer Baptist Church. We were not allowed to take photographs inside the family home. It had been carefully restored to look almost exactly as it did in the days King was growing up and had many original pieces of furniture and photographs. He was quite a remarkable man (maybe a slight understatement) and it was pretty special to sit in the church and listen to his iconic “I Have a Dream” speech being played. 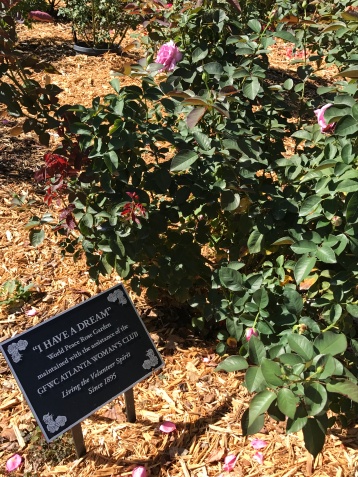 Afterwards I caught up with yesterday’s training session, easy 40 minutes with 4x20s strides so just over 4 miles in distance. Another hot one, but I managed to take in some of the sights around the city from the 1996 Olympics.

Monday is usually an easy running day or cross training. 45 minutes scheduled for the elliptical and luckily enough, the hotel had a gym I could use. So no skiving, job done after the run.

Today’s session focused on threshold training, Tuesdays usually being a day for harder efforts. So 6×5 minute blocks at 4 word answer effort, around what would be 10K race pace with 90s jog recoveries between each block.

I may finally just be adapting to the heat! Today being a slightly longer run meant it was a great chance to see some of the parks in and around the city and I managed to tick Grant and Phoenix off the list. Grant was slightly on the hilly side, which was actually perfect for today’s session. Just short of 6 miles in distance and I managed to be mostly consistent with the threshold blocks between 8.00 and 8.15 minutes miles. 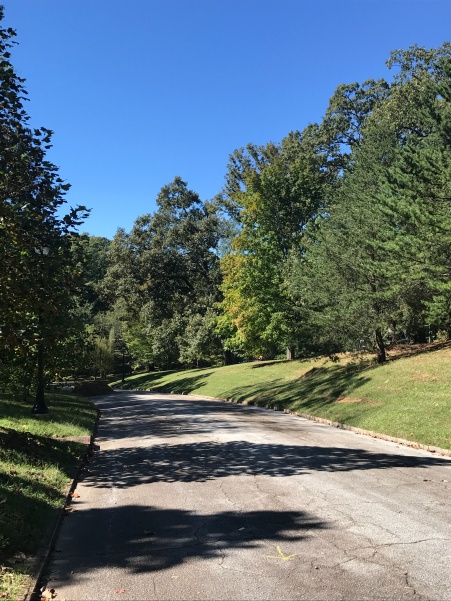 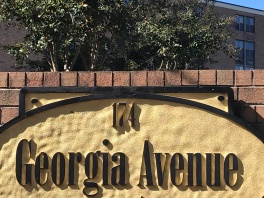 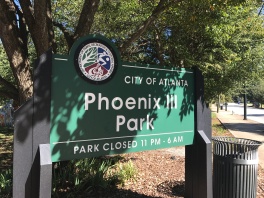 Afterwards, back to the hotel for a 30 minutes recovery swim. I could definitely get used to these outdoor pools…especially when it’s this sunny. 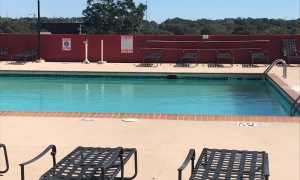 A 10km easy run on the plan today, back down towards Grant Park again. With it being a bit of a longer one today, this route worked well and although still a little bit, it meant not just as much in the way of start/stop at the traffic lights waiting to cross the road. I visited the Centennial Olympic Park in the afternoon, which had quite a bit to see and a rather jazzy water fountain display set off to music. Atlanta is also where the world of Coco Cola Museum is. I wasn’t too fussed about visiting but managed to see the building on the passing. 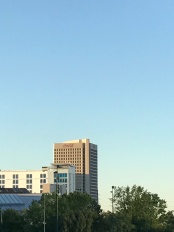 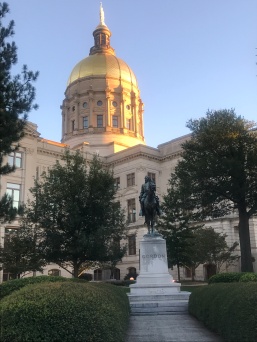 So happy with how training is going this week. I’ve managed to get each session done, no skiving and feel like the legs are not holding on to too much fatigue after Chicago. 45 minutes Fartlek (8x 2 minutes hard, 1 minute easy, 1 minute hard, 90s easy)

today followed by 30 minutes recovery swim back at the hotel. It was a scorcher today, so a tough one in the heat…just when I thought we were friends, but still another 4.5 miles of training banked and I managed to take in Georgia State Stadium today too. Think I maybe set out a little too quick on the first half and was wilting a little by the second 4 sets but I had the thought of some Southern Fried Chicken for tonight’s dinner as a treat keeping me going.

Two people on the tour at the beginning of the week had given me a recommendation of Mary Mac’s Tearoom as the best place to go for chicken in Atlanta. I’m all for trying whatever the local cuisine happens to be at least once in each place so felt it would be rude not to get some here in the South. Having looked up directions before I set off (no internet out and about to rely on google maps) it looked like a straight road of about two miles to get there…famous last words! Saving the pennies, I don’t see the point in paying to take a taxi or public transport when I have two perfectly good legs that can get me there for free. So walking and walking and eventually, majorly lost…and not even just a little bit… 2 hours lost! Still every cloud, I did managed to see some lovely neighbourhoods in Atlanta that I wouldn’t have seen otherwise and walked an extra 5 or 6 miles in the process! Plus, apparently fried chicken (and shrimp) is still a big deal at my next port of call so all is not lost!

Unless I have had to rejig training sessions earlier in the week, Friday is always usually a rest day and having run every day since last Saturday with some harder efforts in the heat in to the bargain, I was ready for it. Breakfast at the hotel and then to make my way back to Forsyth Street to catch what will hopefully be the last Greyhound bus of the trip! Next stop… Savannah, Georgia.