for only in memory

is there some hope for us all.

Friday is usually always rest day. It’s nice to feel like I really do have a running routine now. So, with no running scheduled, I spent the majority of the morning and a big chunk of the afternoon at the Peace Memorial Museum. It holds many objects salvaged from the aftermath of the atomic bomb disaster, including a watch that stopped at precisely 8.15am. 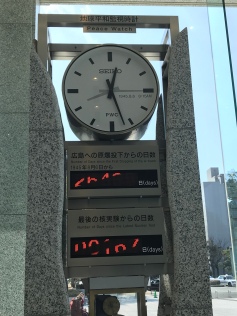 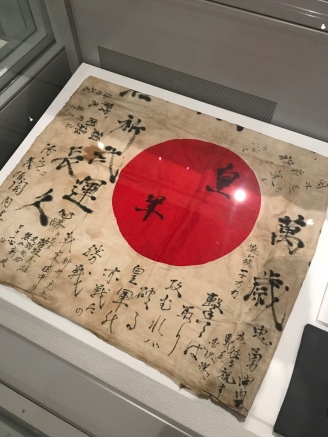 Whilst it is deeply upsetting to see even the tiniest parts of this city’s haunted history, there is much hope from the continued ongoing work and active campaigns for peace. The mission of the museum itself is to convey to people around the world the damage wrought by the atomic bombing, thereby pursuing Hiroshima’s cherished desires: the abolition of nuclear weapons and realisation of lasting world peace. I don’t think anyone can argue with that…yet still some do.

A 30 minute run along the river today with the last 10 minutes at threshold effort. It was a beautiful morning for it, nice and fresh.

I had hoped to visit the Mazda factory whilst I was here to see a real Japanese production line in action. Tours of the factory are free, however I was a little too late on booking and the tours were full up for the dates of my stay.

After training, I spent the afternoon walking around the monuments in Memorial Park. Perhaps the most harrowing sight and reminder of the events of that day in 1945 is the Atomic Bomb Dome. When the bomb hit, everyone inside the building died but the structural building itself was one of very few left near the epicentre and it has been preserved to this day.

There is long tree-lined Pond of Peace in the center of the park which has a Flame of Peace that will burn until the day when there all nuclear weapons in the world are no more.

The Children’s Peace Memorial inspired by a little girls called Sadako Sasaki who decided to fold 1000 paper cranes (in Japan they symbolise longevity and happiness) after developing leukemia is also very moving. Sadly she died before reaching her goal but her friends continued to fold the paper birds. Schools throughout the city have continued to contribute to the memorial and there are many colourful and moving displays featuring the symbolic crane. 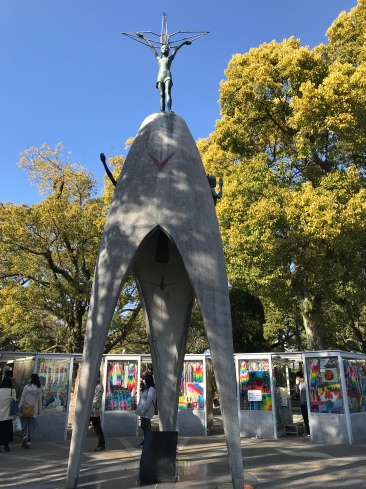 My food tour of Japan continues tonight. On the menu for dinner is Okonomiyaki; a Japanese savoury pancake made from a flour batter with eggs and shredded cabbage, your choice of meat, fish or vegetables and a layer of fried noodles. I went to Okonomi-mura in search of this delicacy. 25 stall style counters over three floors and full of locals. You simply wander around, pick where you like best and sit anywhere there is a free stool. There are picture menus and helpfully an English menu at the counter I had chosen. It was fascinating to sit and watch the cooks prepare the pancakes, so effortlessly yet with military precision. It was absolutely delicious and although huge in size, tasted amazingly light. I took my time devouring every bite.

The original plan for today was to take the ferry to go to Miyajima to see the Itsukushima Shrine. However, I decided to have a ‘catch up day’ instead. Blogging, phone calls home and race prep. I want to use this sheer luxury of being in Tokyo well ahead of race day to be fully rested with my head completely in the game.

of 70 minutes on a lovely sunny day put the last Sunday run in the bag…or the legs. This time next week I would be running around the streets of Tokyo.

For the rest of the day, or at least most of it, poor Starbucks would have to put up with me. Great Wi-Fi, cosy, cosy and I could make a coffee last for record time these days to spam the Wi-Fi. Whilst typing away, I listened to the motivating words of my hero, Paula in podcast form thanks to a recommendation from one of my Clyderunner buddies, Paul. I am going to listen to it every day this week as extra motivation.

I am fair making my way through my list of ‘must try’ Japanese foods. Tonight, Mos Burger, essentially a Japanese burger chain. However, like everything else in Japan, it is high standards all the way. Nothing to rival McDonald’s! Cooked to order, fresh as can be and good quality…yum!

I cannot wait to get back to the capital. I got a coffee from a vending machine 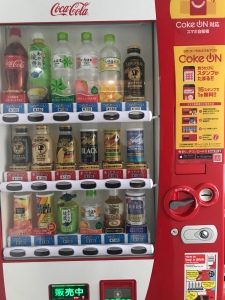 (you can buy pretty much anything from a vending machine in Japan!) for the journey…and it was hot! If this race is anything like everything else I’ve experienced in Japan, it’s going to be epic. A five hour shinkansen ride to get there.